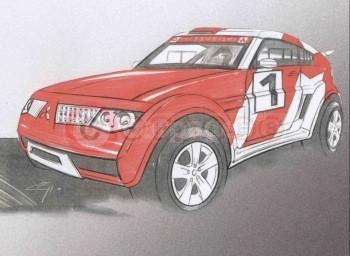 When unveiled last September at the Frankfurt Auto Show and then revised in a 2+2 configuration at the Geneva Auto Show in March 2002, the Mitsubishi Pajero Evo concept car left the world's motoring media asking - when was it going into production - will we ever see it?

Its Paris-Dakar inspiration, its sharp design and its realistic "Desert GT" concept made it a very exciting concept.

So much so that Mitsubishi Motors has now confirmed it is to turn the inspiring concept into a real life racing project.

Under the code name of " MPR10 ", it will become one of Mitsubishi's 2003 cross country race cars.

Destiny to reality will be unveiled at the 2002 Paris Motor Show, starting Sept 26th.

NOTE. No further technical information will be made available until the show debut.