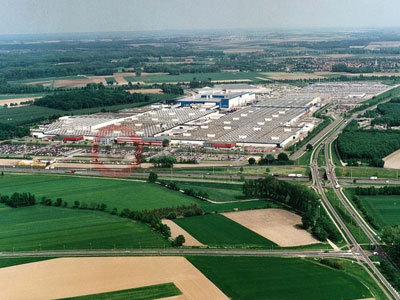 Just a year after celebrating its 40th anniversary, the plant now known as 'NedCar' celebrates another milestone with the 1,000,000th Mitsubishi car, a Mitsubishi Colt ClearTec, to roll off the line in a facility with less waste, reduced emissions and a cleaner environment.

Opened by Juliana, Queen of the Netherlands, on 27th June 1968, to accommodate the growing needs of the Dutch car manufacturer DAF, NedCar eventually became a 100% subsidiary of Mitsubishi Motors on March 30th, 2001.

Whilst over 4.5 million cars (including DAFs, Volvos, Smarts and Mitsubishis) have been built at NedCar since the start, Mitsubishi Motors production only started in 1995, first with the Mitsubishi Carisma (391,345 units), followed by Space Star in 1998 (268,089 units), the new Mitsubishi Colt in 2004 (294,208 units) as well as the Mitsubishi Outlander and the next generation Colt, both in 2008.

Many column inches are rightly dedicated to tailpipe emissions, but Mitsubishi has also been working hard across its operations to promote and implement environmental technologies and projects to help preserve the environment for subsequent generations.

Covering 927,000 m² (enclosed area: 322,000 m²) and using a highly automated production process (over 600 industrial robots), NedCar has an enviable track record in the areas of quality, delivery reliability and cost efficiency, reaching high levels within the Mitsubishi Motors world over the years.

Mitsubishi Colt in The UK

The previous Mitsubishi Colt's sales success was built on a clear sales strategy not distress selling. In 2008 8,709 new Mitsubishi Colts were sold, and despite the downturn in the current UK market Mitsubishi Motors are on track to overachieve 2009 sales targets.

The UK has seen its biggest sales growth in 'B' segment cars, and this can only be enhanced with the introduction of the government's scrappage allowance scheme, the next generation Mitsubishi Colt makes up 93% of Mitsubishi scrappage sales.