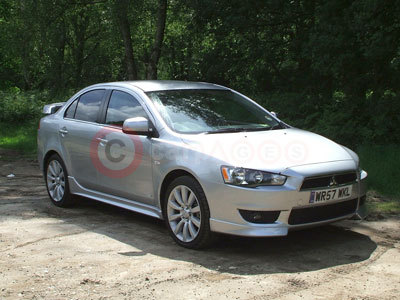 To ‘petrol heads’, Mitsubishi is synonymous with ‘Evo’ but the Lancer part tends to be forgotten.

Now in its ninth generation, the original Lancer was launched at the London Motor Show in 1974. Since then it has made its mark on rally circuits around the world and has become a favourite in such places as Russia and the Ukraine, where it was the best-selling import in 2005/06.

Mitsubishi tells us that this was the trend, until relatively recently with Northern Europe preferring passenger cars to the company’s SUVs, as opposed to southern Europe, including the UK, going for the SUVs and sports cars, such as the iconic Evo. That was in 2000, but in 2004 the Outlander helped to balance the north-south divide.

The new Lancer is expected to continue the trend and with good reason. Over the years, the Evo has developed a life of its own, breaking away from its Lancer basis but now Mitsubishi has taken steps to resolve the difference.

As part of the ‘Project Global’ streamlining process, the Mitsubishi Motor Corporation or MMC has co-engineered a new platform with DaimlerChrysler, as was. This means that many different types of vehicles can be built on the same platform, thus reducing the number from 14 in 2004 to just six, today. The first to benefit was the Outlander and now the Lancer but the same base could just as easily be used for the Shogun.

That can only be good news for you and me as the new Lancer is bigger than before: a C-segment car, pushing into D-segment territory but without the price difference, which I’ll come back to.

In an unusual display of honesty, MMC has admitted that the Lancer had lost its way in terms of design and that this all-new Lancer was the model to rectify the problem, at the same time returning to the original sporting ethos and bringing it closer to the Evo - we’re up to Evo X now.

Sharp is a word that is used a great deal in the information pack; sharper handling, sharp dynamics, sharp styling are just a few examples. All of which are true and the new car is quite different to most other C-segment vehicles although there is a hint of Audi about it.

Starting with the chiselled features of the front end; gone is the so-called, ‘Mount Fuji’ grille; in its place is a new ‘Jet Fighter’ grille with a wide trapezoidal mouth, which is said to resemble the air intakes of a jet fighter. Unusually, the headlights are quite deep-set and emphasise the angular, shark-like face, ahead of the long bonnet.