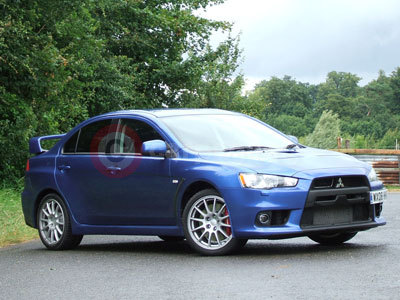 There is over 40 years of heritage behind the Mitsubishi Evo X. Not least the company’s four Driver and one Manufacturer’s World Rally Championship titles.

It all started with the Lancer 1600GSR in 1973, then came the EX2000 Turbo in 1980, followed by the first Lancer Evolution in 1992. The first Evo was developed as an homologation car - a 2,500-unit production model for Group-A of the WRC. A year later and after a few changes, the Evo II arrived for road use. There was to be 5,000 cars made and all were sold within four months.

And now we are up to the Evo X and not content to rest on its laurels, and in order to take account of modern market forces, MMC production planners and designers decided to ‘create a new Evo for the 21st century’. The result is an all-new car, inside and out and a generally more stylish version of Mitsubishi’s ultimate Sports Saloon. In short, the Evo has grown up.

However, it has lost its way in the process.

Whilst the Lancer Evolution X is still a ‘street-legal rally saloon’, new design and technology elements have been incorporated and the build quality has improved substantially.

The Evo X is clearly a form of the new Lancer rather than an almost stand-alone vehicle and as such, has the longer wheelbase and wider track for inherent stability but is still a similar body size to the Evo IX. As with the Lancer, it is part of the ‘Project Global’, which is, in effect, a platform built in conjunction with DaimlerChrysler (as was) that is capable of underpinning as many cars as possible for future developments. It obviously works because in 2004 Mitsubishi had no less than 14 platforms and now it has only six.

The Evo X shares the new ‘Jet Fighter’ grille but it is far more aggressive with the deep, black bumper section and air intakes resembling the yawning mouth of a shark. Well, that would be the Mitsubishi stance but from some angles it simply looks as if something is missing.