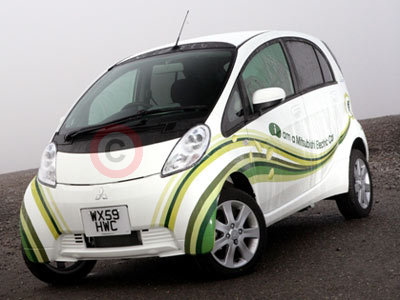 CABLED (Coventry And Birmingham Low Emission vehicle Demonstrators) is the largest of eight public trials taking place in the UK as part of The Technology Strategy Board's £25m Ultra Low Carbon demonstrator programme, with the West Midlands consortium contributing 110 of the 350 vehicles trialled on the UK's roads.

The CABLED consortium consists of 13 West Midlands-based organisations within the engineering, automotive manufacturing, academic, public and infrastructure sectors, and is led by global engineering consultancy Arup.

As well as being the largest, CABLED was the first consortium to begin vehicle trials and was also successful in gaining further public backing thanks to £2.5 million funding awarded by Advantage West Midlands (a regional development agency).

The first stage of the Government-supported UK-wide project to trial low emission vehicles started with the 25 Mitsubishi i-MiEVs (Mitsubishi innovative Electric Vehicle) in Birmingham. The zero tail-pipe emission vehicles were handed over to independent drivers in Centenary Square, on 12th December 2009.

Over the course of the next 12 months, the CABLED consortium tested the vehicles in real-life conditions and, although the most up to date results are to be published later this month, the latest research reveals:

Collating the real-life usage of electric vehicles through the data logging devices that were fitted to the Mitsubishi i-MiEVs has allowed essential analysis to take place so that there is an understanding of the demands and requirements of electric vehicles for consumers.

The Mitsubishi i-MiEV has proved its reliability and usefulness during the official trials. For example, the average daily mileage has been confirmed at just 23 miles, which is well within the Mitsubishi i-MiEVs 93 mile range, and drivers used the entire speed range of the car of 81mph, showing they are happy to drive at motorway speeds when required.

Included in the trial was automotive expert Quentin Willson who said: "The Mitsubishi i-MiEV is a forerunner of a transport revolution that eventually will change the world. At last here's an electric car that doesn't look like a church pew, seats four, does 80 mph and costs less than a quid to charge. What is there not to love?"

Concluding the successful trials, Mitsubishi Motors in the UK will be hosting an event on 11th December 2010 at the Birmingham Botanical Gardens and has invited CABLED trial users to join them to celebrate the end of the 12 month trial and share their experiences. Users will also be able to test drive the new European specification vehicle.

The new Mitsubishi i-MiEV was the first mass-produced electric vehicle in the world. The European Whole Vehicle Type Approved electric vehicle will be the first for the UK market and is on sale now priced at £23,990 for orders placed for delivery from January 2011, coinciding with the UK Government's consumer incentive, the Plugged In Car Grant (PICG) of £5,000.

Mitsubishi Motors in the UK has recently announced contract hire pricing and personal payment plans starting from as little as £399 per month.

The ultra-low running costs of the Mitsubishi i-MiEV are a key advantage over other cars, with additional incentives including: