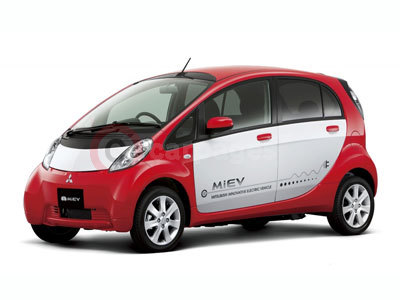 Mitsubishi Motors Corporation (MMC) announced that ahead of its forthcoming European launch during 2010, the Mitsubishi i-MiEV electric car has been voted "Ecobest 2009" by the AUTOBEST Jury - a further acknowledgment of its "real life" pioneering technology.

Reflecting on the vote, the AUTOBEST Jury concluded: "i-MiEV is the first production electric vehicle on sale in Japan and soon to be sold in Europe. ECOBEST award founded by AUTOBEST Jury 10 years ago was one the very first worldwide to prize the efforts in the green field."

AUTOBEST's President, Ilja Seliktar, added his own comments, saying: "For us is a great pride to award i-MiEV. There are many statements in this exciting sector coming from almost any manufacturer. But - so far - Mitsubishi is the only one with a real EV for any customer."

An homage to Mitsubishi Motors' long standing efforts in the area of electric drivetrain and technology, this ECOBEST award also vindicates the long-term strategy MMC and its local partners initiated successfully in the Balkans, Central Europe, Russia, Turkey and the Ukraine from the early 90's.

Founded in 2000 in Romania, AUTOBEST is the motoring organization in the emerging markets of Europe. Today, its Jury includes leading journalists from 15 countries, including: Bulgaria, Cyprus, the Czech Republic, Croatia, Greece, Hungary, the former Yugoslavian Republic of Macedonia, Poland, Romania, Russia, Serbia, Slovakia, Slovenia, Turkey and the Ukraine: an area representing over 300 million customers.

This year, Russia hosts the award ceremony, on 11th February 2010 in Moscow.