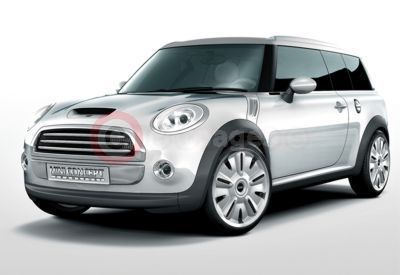 MINI’s first concept car since its 2001 launch proved a big hit for the world’s press at its Frankfurt Motor Show unveiling this week.

The cunningly-named MINI Concept Frankfurt provided early hints towards a potential future derivative for the much-loved Oxford-built car. A longer wheel base, added practical storage and access solutions plus bespoke interiors and exterior styling cues ensured that the concept MINI made the headlines and "stunned crowds", according to The Sun.

Part of MINI’s success has been down to its styling - unmatched on the road and instantly recognisable. But it has been the details such as headlights, speedo, switches and roof decals that have set MINI apart from its competition. And this attention to detail has re-focused again on the show car.

The concept MINI’s character is emphasised by retractable aluminium headlamps, air vents that turn into cup holders, and a central navigation screen that flips round to be replaced by a Jules Verne-style globe. As a respectable nod to the past, but combined with 21st Century design technology, the lack of a B-pillar on the car allows the rear passengers to be serviced with windows that slide back rather than down. And practicality is addressed with a back window that electronically drops and lifts, and front seats pivoted centrally allowing them to swing round rather than tip up to aid rear passenger access.

Andy Hearn, MINI UK’s general manager said: "The new MINI concept car has proved a big hit at the show. MINI’s success over the past four years has shown us that the car has the potential to expand its range whilst retaining all the much-loved MINI traits - a great drive, instant charm and unbeatable ownership benefits. If we build a version of the Frankfurt show car I would fully expect it to contribute to yet more record sales for MINI."

MINI was launched in July 2001 with the MINI One and Cooper hatch models. The MINI Cooper S hatch and MINI One D variants followed in 2002 and 2003 respectively with the UK’s best-selling convertible to date in 2005, the MINI Convertible, arriving on the scene in the summer of 2004. Each new MINI has contributed to record sales year-on-year in the UK and abroad and MINI expects to produce a record 200,000 cars from the Oxford plant this year.