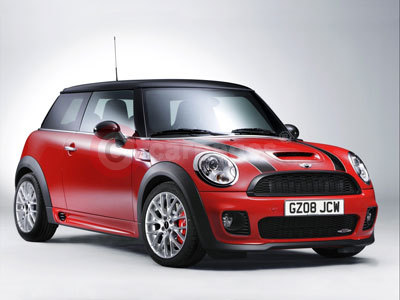 Production of John Cooper Works-tuned cars is all set to resume at MINI’s Plant Oxford after the launch of the second-generation MINI Cooper S Hatch and new MINI Cooper S Clubman.  From July 2008, customers will be able to order factory-built MINIs that produce 211hp and complete a 0-62mph sprint in 6.5 seconds.

Motor sport has heavily influenced the engineering and development of these new MINIs that feature a larger twin-scroll turbocharger and direct petrol injection with common rail. The four-cylinder engine has had the same modifications as the MINI CHALLENGE race car, along with re-engineered brakes, suspension and strengthened gearing. Each upgrade combines to give the car a remarkable output of 132hp per litre combined with 40mpg.

The engine specially developed for the MINI CHALLENGE race car is fitted to the MINI John Cooper Works cars. The basic unit is the 1.6 litre power plant supplied in the standard MINI Cooper S, but modifications have been made to the air filter, air mass meter, exhaust system and catalyst.  Air supply to the modified larger turbocharger is increased through fitment of a larger air intake pipe, which in turn creates a quicker induction phase.

The Works engines from Hams Hall also come with reinforced, specially polished pistons, as well as a strengthened cylinder head for optimised stability and a modified cylinder gasket. The intake valves and valve seat rings have also been upgraded with stronger and more resistant materials. This reduces the engine’s compression ratio.

The new Sports exhaust system is instantly recognisable through the large polished stainless steel twin tailpipes. Modification of the exhaust system has also helped to reduce counter-pressure at the point of exhaust gas recirculation.  Ducts in the exhaust manifold and turbocharger are split between two cylinders each. Congestion is therefore minimised when air is inducted to the turbocharger and “turbo lag” is virtually eliminated.

The John Cooper Works MINIs are the first models in the range to fulfil all the requirements of the European EU5 emission standards that come into force in 2009.

The material used in machining the turbine has been upgraded specifically for the Works engine, with maximum charge pressure increased from 0.9 to 1.3 bar, in order to maintain the highest possible temperature for a longer period in the combustion chambers. This lengthening of the combustion process helps to achieve the higher torque curve of the Works car at 260Nm at just 1,850rpm. The Overboost function briefly extends this further to 280Nm. This suits the character of a John Cooper Works car perfectly as Overboost is experienced exclusively through increased torque, not on engine output.

This is a 14-year+ news article, from our MINI archive, which dates back to the year 2000.