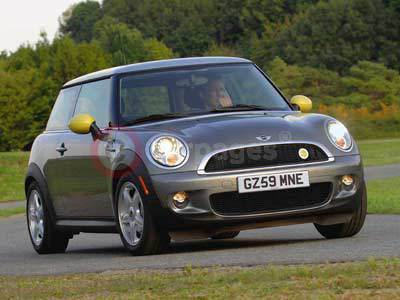 Data released from the MINI E field trial has revealed that everyday use of the electric MINIs does not particularly differ from the typical driving patterns from conventionally powered cars from the control group.

The distance covered on a daily journey was slightly higher with the MINI E drivers at 29.7 miles compared to 26.5 miles by the control cars, which consisted of MINI Coopers and BMW 116i models. The UK average distance driven daily for private cars overall is less than 25 miles. The on-board data loggers recorded an average single trip distance as 9.5 miles compared to the UK average of seven miles.

Four out of five people reported that the MINI E could be used for 80 per cent of their trips. 90 per cent of users said that with the addition of rear seats and a bigger boot, all trips could be done with the MINI E.

Severe low temperatures during both of the six month trials impacted on the distance that could be driven between charges. Even so, four out of five participants said that the MINI E was suitable for winter use. One participant, Janet Borgers, saying she "regularly did 88 miles in a single journey in the cold weather", whilst another female commuter covered nearly 8,000 miles during a September to March period.

The researchers were told by nine out of ten drivers that charging the MINI E suited their daily routine with 81 per cent agreeing with the statement: "I prefer to plug in the car than go to a fuel station"

96 per cent of users said that as a result of the test, they would consider buying an electric car and 51 per cent were willing to pay a third more for one.

The trial showed that a week is required for customers to adapt to driving an electric vehicle such as the MINI E, and to take in the specifics such as charging, range, regenerative braking and low noise.

A big part of the trial was fleet use with positive feedback received from the UK and Europe from the individual drivers and fleet managers. 70 per cent of journeys were made during the working day,while the pool car success rate was even better with between 80-90 per cent of regular trips achievable.

Fleet users highlighted that charging speed was an important factor, and fleet managers would require a clear procedure for efficient charging of pool vehicles.

The MINI E trial was one of eight projects in the UK to receive support from the £25m Ultra Low Carbon Vehicle Demonstrator Programme, funded by the Technology Strategy Board and Department for Transport. The projects aim to bring forward the introduction of viable electric passenger vehicles to the UK.