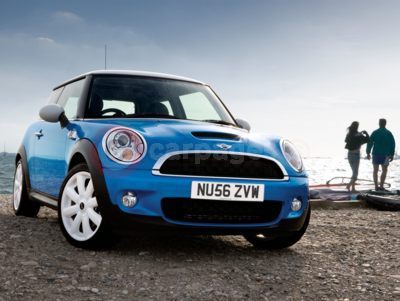 The new MINI Cooper and MINI Cooper S go on sale from this weekend. All 154 UK MINI dealerships are holding launch events to unveil the new car, but many customers will have to wait until the New Year to own one. The order books are almost full for 2006. Approximately 4000 orders have been taken for the new car, equalling the number achieved in the lead up to the launch of the first generation new MINI in July 2001.

With an all-new design and new engines, the MINI Cooper costs from £12,995 (on-the-road) and the MINI Cooper S is £15,995(otr). With the additional standard options, these prices have increased by a smidgen over two per cent over the first generation.

The unbeatable combination of grin-inducing driving dynamics, emotive design and solid engineering will lead sales of the new car. But the impressive cost of ownership adds strength to an enticing overall package.