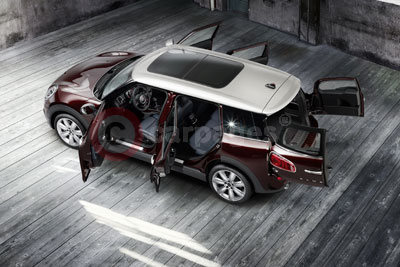 You can now order the new MINI Clubman which has gone sale priced from £19,995; the first cars will be arriving in the autumn of 2015.

The Clubman follows on from the new-ish MINI 3-Door and 5-Door Hatches, with the new Clubman being bolder and larger than its forerunner. It also has four doors, rather than the strange three-door set up of the predecessor although does keep the two rear boot doors, it now shares the same platform as the BMW 2 Series Active and Gran Tourer.

At launch power comes from the choice of three Euro6 complaint engines, with a JCW model joining the line-up in 2016.

This is a 7-year+ news article, from our MINI archive, which dates back to the year 2000.

If in doubt check with your local MINI dealer as car prices and technical data will have changed since 2015.