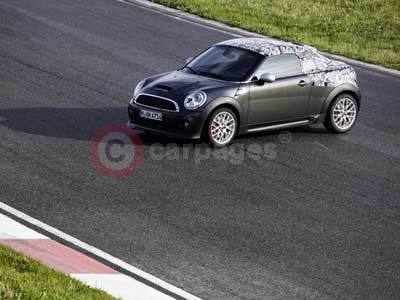 BMW has announced that over the next three years, it will invest a further £500 million in its UK production network as well as confirming that the next generation MINI models will be produced in the UK.

"We have started preparing our UK plants for production of the next generation MINI and this investment underlines that the UK will remain the heart of MINI production," announced Norbert Reithofer, Chairman of the Board of Management of BMW AG. "The MINI brand has made a significant contribution to BMW Group's success in markets around the world and we anticipate that this will grow further in the future."

At a meeting with Prime Minister David Cameron at Downing Street, the BME Group chairman outlined the plans, with the majority of which will be used to create new production facilities and equipment at MINI Plant Oxford, which will help to safeguard over 5000 jobs in MINI vehicle assembly plant in Oxford, the pressing plant in Swindon and the company's engine plant at Hams Hall near Birmingham.

Prime Minister David Cameron said: "I welcome this major investment by BMW Group in UK manufacturing. The production and export of iconic British cars like the MINI is making a real contribution to the rebalancing of the economy that this government is determined to achieve.

"It's a tremendous vote of confidence in the skills and capabilities of the company's British workforce and in the future of UK manufacturing.

"The MINI plant in Oxford has been one of our great manufacturing success stories, they should be hugely proud of their achievements. They have shown once again that the UK is a major player in the global automotive industry."

In 2010, 216,302 vehicles were produced, with exports to more than 90 countries across the world. MINI was the third largest vehicle manufacturer in the UK, which accounts for 17% of national automotive production. Part of the expansion plan includes the MINI Coupe (launching in 2011) and the MINI Roadster (launching in 2012) being produced in Oxford.

Business Secretary Vince Cable said: "Today's announcement by BMW is a real tribute to the success of British automotive manufacturing.

"The firm's workforce in Oxford is now set to repeat the international success of the current MINI in producing the next generation model over the coming years.

"The competitiveness of automotive manufacturing in this country is shown by the commitment of the biggest global firms to make serious investments in long-term production here and as a government we are determined to make sure this success story remains a big part of the future economic growth we must secure."

"Oxford has been the heart of MINI for the last 10 years and we are proud of what has been achieved here," said Jurgen Hedrich, head of Plant Oxford. "Naturally we are delighted to confirm that the next generation MINI will be built here too and look forward to the continued worldwide success of these great cars."