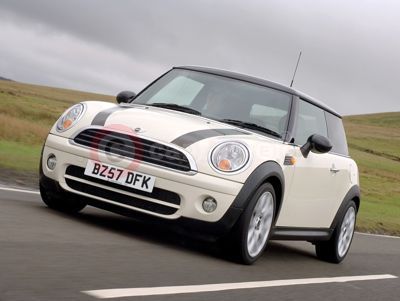 MINI UK has achieved a record sales month; the highest since MINI went on sale in July 2001. 150 UK dealers sold 8,764 models in September 2007*. Year-to-date figures are running higher than the previous record year of 2005, at 36,969 models, making the outlook for a new record sales year certainly look more likely than snow on Christmas day. As announced at Frankfurt Motor Show last month, global sales figures are heading for the 220,000 mark in 2007.

The record sales show the continuing success of the MINI brand and the public appreciation of the second-generation MINI hatch and MINI Convertible models. Soon to join the line-up is the new MINI Clubman: on sale from 10 November 2007.

One of the strengths of the MINI hatch (and Clubman) models is the brand new engines which are even more fuel efficient and boast lower CO2 emissions. From August of this year, those figures became even more impressive with the addition of a number of engine revisions including Brake Energy Regeneration, Auto Start-Stop Function and Switch Point Display.

This technology has contributed to MINI being the ‘Most Improved Manufacturer’ in the table comparing sales and CO2 performance, according to data from cleangreencars.co.uk. Since 2006, MINI has reduced CO2 output per car by approximately 14 per cent. The next nearest manufacturer has improved by 8.9 per cent.

MINI’s leading emission and fuel consumption improvements are featured in the forthcoming SMMT report ‘The Evolution of the Car’, due to be published next week on 9 October. For example, from the first generation MINI Cooper in 2001 to the current model today, MINI has cut CO2 emissions by over a fifth.