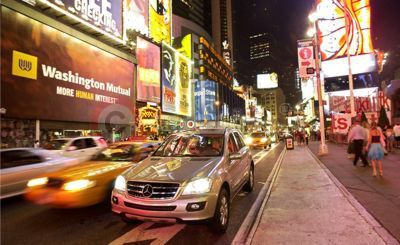 Although many may think hybrid technology is the only answer to rising fuel costs, a real alternative is actually the diesel engine, as the German car magazine Auto Bild reported in its latest issue. The magazine conducted a comparative test drive from the east coast to the west coast of the USA with two new Mercedes Benz ML 320 CDI vehicles and a Lexus RX 400h with a petrol hybrid system. The test result showed that the advanced diesel engine is far more fuel efficient than the hybrid.

The difference of 3.35 mpg (10.8 per cent) underscores the superiority of state-of-the-art diesel engines compared to hybrid drives. The endurance test also showed that hybrid technology is only marginally more fuel efficient in urban traffic, where it is most effective in reducing consumption. At 24.14 mpg, the diesel car returned only 0.42 mpg greater fuel consumption in city driving than the hybrid vehicle.

"The M-Class performed admirably under diverse conditions during the entire 5,200-kilometre trek," says editor Jörg Malzahn of Auto Bild. "I hadn’t expected such a big advantage in fuel efficiency."

Underneath the bonnet of the ML 320 CDI is an all-new six-cylinder engine with third-generation common-rail technology, which enables further improvements in fuel consumption, emissions and performance. At 510 Nm, the V6 has one of the highest torque outputs of any engine in its displacement class, and this performance begins at only 1600 rpm.