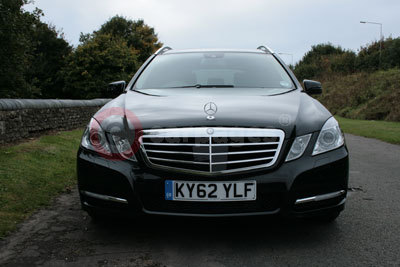 Mercedes Benz has widened its scope into green car territory with the arrival of a hybrid version of the E-Class. Available either as a saloon or estate car, the E300 BlueTEC Hybrid is a large car with smaller car fuel economy. We tested the estate version.

Most hybrid cars are petrol-electric, such as the Toyota Prius, Honda Insight and BMW ActiveHybrid series. Only the Peugeot-Citroen group has previously produced diesel-electric hybrids, with its HYbrid4 technology in the Peugeot 3008 and 508 RXH, and Citroen’s DS5. Now Mercedes has gone the same route with the E300 BlueTEC Hybrid. It is a diesel-electric model with a 2.2 litre V6 diesel engine working in harness with an electric motor and a large battery electric storage pack.

With its hybrid system, the car runs on stored electric power for short-distance town driving, where it is whisper quiet and emission-free at the tailpipe. So it is particularly environmentally friendly in urban areas. But it runs most of the time on its powerful diesel engine, which gives it the kind of strong performance you would expect from a large Mercedes car, while also re-charging the battery pack as you drive.

The E300 hybrid is based on a Mercedes E250 CDI, and is heavier than its equivalent standard diesel model by around 200 lbs. It has a 19 kw lithium-ion battery pack and a small 27 bhp electric motor, with an electronic management system to control the hybrid operation. All of the extra kit involved in the hybridisation is hidden away and makes very little difference to the car’s interior accommodation.

These two eco-Mercedes models chase the same customers who might be interested in a BMW ActiveHybrid 5. That was the model seen regularly in those Games Lanes that segregated Olympic vehicles from the rest of the traffic in the capital during the summer of London 2012. Mercedes has a price advantage over its rival, because the hybrid E300 is around £6,500 less expensive than BMW’s big hybrid. But you still pay heavily for going greener: Mercedes’ hybrid is around £11,000 dearer than the Mercedes E250 CDI on which it is based.

The engine in the hybrid Mercedes is a 2.2 litre, four-cylinder  V6, 16-valve diesel, with common-rail injection technology and twin-turbocharging. It is teamed with a seven-speed automatic gearbox. The diesel engine produces 201 bhp of power and 369 lb ft of torque. The small electric motor adds another 27 bhp. Combined, this diesel-electric combination makes this hybrid model the greenest E-Class ever produced. Performance is strong. When both the electric motor and diesel engine are working together, the car gives a strong surge of pace, with 435 lb ft of combined torque. The top speed is 144 mph, and 0-62 acceleration takes 7.8 seconds in the estate car, 7.5 seconds in the saloon.

From the outside there is little to let you know that this car is dual-fuel. The big estate’s behaviour does not give much away either, once it is under way on the road. It has rapid acceleration and vibrant performance. The first clue you get is in the silence when you first switch on. Then as you pull away only the swish of tyres says that you’re moving. The car runs engine-free for up to one kilometre, around two-thirds of a mile.

At that point, or as soon as the speedo reaches 22 mph, the diesel engine automatically switches on. But it also harnesses regenerative braking and a uses a ‘sailing’ mode to minimise fuel use. It means that this large estate car, that is almost five metres long, returns a very impressive combined fuel figure, well up in the mid-60s mpg.

With rather puny 16-inch alloy wheels (a no-cost option), the CO2 output is 116 g/km. Some buyers may be tempted to go for bigger wheels, but should be aware that the CO2 output increases to 119 g/km.

This is a 9-year+ news article, from our Mercedes Benz archive, which dates back to the year 2000.

If in doubt check with your local Mercedes Benz dealer as car prices and technical data will have changed since 2012.