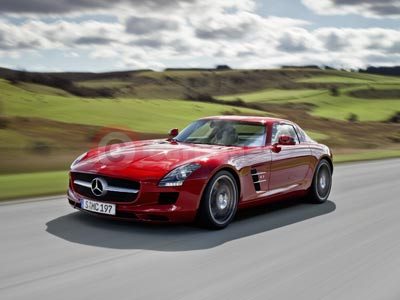 Mercedes Benz has been crowned the UK's number one Consumer Superbrand for 2011, toppling last year's winner Microsoft which has dropped into 6th place. This is the first time in five years that the top spot has not been claimed by either Microsoft or Google. The number two spot goes to luxury watch brand Rolex which placed in the same position last year, whilst the BBC has come in 3rd position, having placed in the top five for the last five years.

The annual Consumer Superbrands results follow a robust research process administered independently by The Centre for Brand Analysis, which analysed the views of over 2,000 members of the British public. The annual Consumer Superbrands survey, now in its 12th year, has become a key barometer of the strength of brands across a wide variety of sectors.

Eight of the top ten Consumer Superbrands remain the same as last year and includes British Airways, which despite a very challenging year still retains its place in the hearts of the British public.

Stephen Cheliotis, Chairman of the Expert Council & CEO, The Centre for Brand Analysis comments: "Mercedes Benz has had a consistently strong performance over the last five years having been in the top ten since 2006, so it's great to see the brand finally come out on top especially in their 125th anniversary year. This year's Superbrands 500 features a combination of consistency and volatility, although as ever, those at the top tend to be more consistent performers."

Wilfried Steffen, President and CEO Mercedes Benz UK adds: "Winning the Superbrands survey is very special for Mercedes Benz, and I am delighted that we've achieved the coveted number one spot in our 125th year. Everybody in the company is absolutely committed to delivering exceptional levels of customer service, and this survey result shows that these efforts are paying off, because the British public voted for us. Winning Superbrands UK proves that Mercedes Benz is as desirable now as it ever was, and throughout 2011 we will continue launching a wide range of innovative new products and customer service initiatives across the country."

Interestingly, the two new entries into the top ten this year are both automotive brands in the form of BMW in 7th place, and a resurgent Jaguar in 10th. Two brands dropping out of the top ten from last year are LEGO, which falls to 16th place, and Encyclopaedia Britannica which drops down to 30th, both of which are still very credible performances.

Stephen Cheliotis, Chairman of the Expert Council & CEO, The Centre for Brand Analysis comments: "As 2011 looks to be another tough year for consumer brands, the leading Superbrands can hopefully offset the worst of the downturn by stimulating demand and loyalty over and above the levels its rivals command. The management and employees at each of these companies and organisations should be extremely proud of their brand's ongoing success and status as a Superbrand."

Concurrent with this survey Superbrands also published the 2011 Business Superbrands listing, which was topped by Rolls Royce Group.

This is a 10-year+ news article, from our Mercedes Benz archive, which dates back to the year 2000.

If in doubt check with your local Mercedes Benz dealer as car prices and technical data will have changed since 2011.