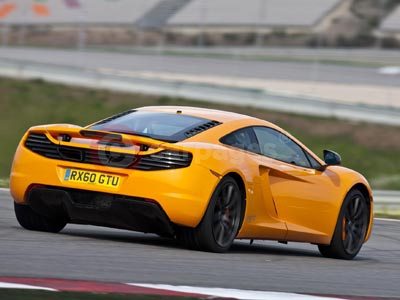 In 1981 McLaren Racing introduced the carbon monocoque to Formula 1: it offered an unbeatable combination of strength and lightness. The monocoque had an immediate dynamic impact, with John Watson winning that year at Silverstone, and also proved a very effective safety cell when Watson walked away from a dramatic high-speed crash at Monza. Within just a few years, every other Formula 1 team on the grid had followed suit. The Vodafone McLaren Mercedes Formula 1 team will compete in 2011 with McLaren's 200th carbon fibre chassis.

The legendary McLaren F1 sports car was the first road car to feature a carbon chassis when it launched in 1993. Two years on, a McLaren F1 entered the famous Le Mans 24 Hours endurance race and won on its debut. F1s also came 3rd, 4th and 5th. From 2003-09, McLaren worked in partnership with Mercedes Benz to produce the carbon-based Mercedes Benz SLR McLaren. With 2,153 SLRs manufactured in its seven year production run, the Mercedes Benz SLR is the most successful car in the £300,000+ price-point and the most successful of any car built on a carbon chassis.

Now, the McLaren MP4-12C takes carbon innovation to a new level. And offers a design and production process that could see the benefits of carbon fibre chassis' cascaded down to even more affordable cars.

Weighing just 75kgs (165lbs), its composition and construction process were defined by the McLaren Automotive Body Structures team at the company's headquarters in Woking, UK. The concept required it to provide the perfect combination of occupant space, structural integrity, light weight, and relatively low construction costs:

McLaren Automotive contracted composite experts, CarboTech, to refine the production process, and bring to market McLaren's ambitions. Presented with a working concept based on 50 McLaren-made MonoCells, the Austrian company was challenged to help revolutionise carbon chassis manufacturing. This has been McLaren's working principle with all of its key technology suppliers: McLaren vision and design experience matched to the suppliers' specialist expertise in manufacturing leading-edge components, whether on powertrain, suspension, or chassis. The result is 'pure McLaren' - no components in the McLaren 12C can be found in any other car, from engine to switchgear.

The MonoCell is produced in one piece through the Resin Transfer Moulding (RTM) process. The result is a lightweight, hollow, yet very strong and predictable structure.

The production process begins by loading dry carbon fibre into a complex 35-ton steel tool before it is pressed together, heated and then injected with epoxy resin. Using a steel tool is new to the manufacturing process: historically, carbon chassis' have been formed in 'soft' tooling of composite materials, which adds production costs and time. The subsequent post-curing process hardens the resin, and the MonoCell then enters a booth where key surfaces are machined with great precision in preparation for vehicle assembly. The process between forming and curing produces the MonoCell as a hollow structure, and is the key to the chassis' combination of strength and light weight.

Once complete, the MonoCell is placed into a unique McLaren-designed test rig and subjected to high stresses, in order to prove that each part is capable of meeting exacting performance standards.

Looking back, the carbon chassis of the McLaren F1 was produced manually and took up to 3,000 hours to complete each unit. The bonded carbon chassis of the SLR reduced that manufacturing time ten-fold. The new carbon manufacturing process developed for the McLaren 12C will mean the MonoCell can be produced in a four hour cycle. Investing in this process means McLaren Automotive is making carbon a reality to sports car enthusiasts seeking the ultimate in lightweight and safe chassis construction, at a price point more affordable to a wider market.