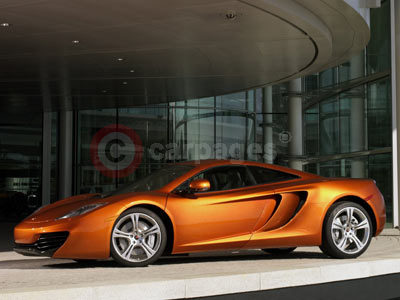 "Worldwide demand for high performance cars is strong, in large part because of great cars from great competitors. With McLaren joining that list, it will grow stronger still. What we are offering is a new approach to the market," said Ron Dennis, McLaren Automotive Chairman.

The market for high performance sports cars has grown substantially since the turn of the century. McLaren divides the market into segments that encompass both comfort-orientated GT cars and the hard-edged supercars for road and track use.

A second segment is the 'high' category with prices ranging from £175,000 to £250,000 and consists largely of front-engined GT cars such as Ferrari's 599GT and 612, with just one mid-engined contender, the Lamborghini Murcielago.

The final segment is the 'ultimate' group, a sector initiated by the McLaren F1 in 1993 and now populated by a select group of cars including the Mercedes-Benz SLR McLaren, Bugatti Veyron, and cars from the likes of Pagani and Koenigsegg that followed legends such as the Porsche Carrera GT and Ferrari Enzo. In 2011, McLaren will bring technology and performance exclusive to this 'ultimate' sector into the 'core' segment.