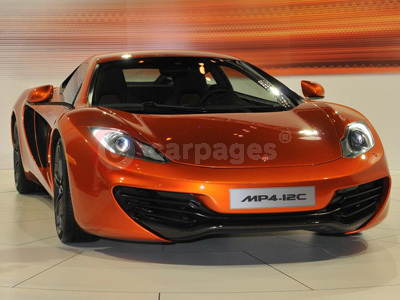 McLaren Automotive, the world's newest car company, has announced its launch partner in Belgium, with Ginion Group in Brussels selected to represent the company.

A number of outstanding and experienced automotive retailers were considered for the Belgian market, which is also anticipated to satisfy prospective McLaren customers from The Netherlands and Luxembourg. Ginion will begin selling the McLaren MP4-12C from spring 2011 as part of an initial European network of 13 retailers. 1000 McLaren 12Cs will be produced in 2011, with a full model range of around 4,000 McLaren high-performance sports cars produced in the UK annually by the middle of the decade.

Antony Sheriff, McLaren Automotive's Managing Director: -I am very pleased to confirm Ginion as our Benelux retailer and a key part in our plans to launch McLaren Automotive and the 12C around the world. With a rich motor racing heritage, and many sports car enthusiasts, the region will be an influential guide as to our success in Europe. In order to be part of the McLaren family, it is vital that our retail partners understand our business, our prospective customers and the technological innovations at the heart of the 12C. Ginion was the obvious candidate in this regard and will make the perfect introduction in Belgium and the Benelux region for McLaren Automotive,� Sheriff concluded.

The unique combination of a premium quality car 'designed around the driver', absolute focus on the customer, and McLaren's unrivalled motor racing heritage in Formula 1, Le Mans, Can-Am, and Indy Cars, attracted Belgium's best car retailers to take up the opportunity of representing McLaren at the birth of its global car company.

McLaren Automotive will launch the McLaren 12C, the first in the company's new range of 'pure' McLaren high-performance sports cars, from spring 2011. But Belgian car enthusiasts who already know the Ginion retailer enjoyed the unique opportunity to see the McLaren 12C up close, and in an exclusive environment, during private customer sessions and an invite-only cocktail reception on Tuesday 22nd June 2010. Reaction to the McLaren 12C and McLaren's plans was strong at what was only the second such event ever outside of McLaren's Technology Centre.

The McLaren 12C is currently on tour around McLaren's European markets. Through the summer and autumn potential buyers will get the opportunity to really experience the quality, design and unique packaging that McLaren believes will allow the McLaren 12C to challenge the world's most famous sports car brands.