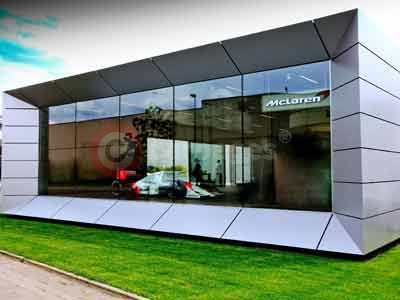 The first McLaren showrooms have opened in Germany. McLaren Dusseldorf and McLaren Hamburg will open their doors in time for the 2011 Formula 1 German Grand Prix at the Nurburgring.

In total, four Germany-based dealers have been selected by McLaren to offer models including the new McLaren MP4-12C sports car. All showrooms will feature a real McLaren race car. McLaren Frankfurt and McLaren Munich will open in autumn 2011.

McLaren Dusseldorf will feature the MP4/5 driven by Alain Prost, becoming the world champion in 1989. McLaren Hamburg will display the MP4/6 in which Ayrton Senna won his third and last championship title in 1991.