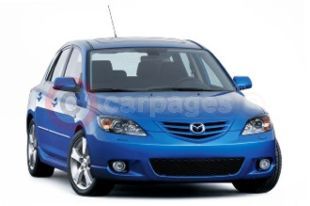 Mazda Motor Corporation’s new generation sports compact Mazda3 (known as Axela in Japan) was named runner-up in the 2004 European Car of the Year award. Final results were announced by the European Car of the Year selection committee on November 18. Mazda3 was the highest-ranking Japanese car out of a total field of 35 competitors. For Mazda this marks the second consecutive year that one of its vehicles has been awarded second place honors, (Mazda6/Atenza was last year’s runner-up), and a first time achievement among Japanese automakers. Mazda3 has already been named Car of the Year in Denmark, the Czech Republic, Turkey and Croatia.

Established in 1963, the European Car of the Year is an international award, judged by a panel of 58 senior motoring journalists from 22 countries across Europe. Its object is to award the most outstanding new car to go on sale in at least five European countries with an annual planned production volume of over 5,000 units in the 12 months preceding the date of the title. Thirty-five new models were in the running for this year's award. An award ceremony will be held in January 2004.

Since its launch on October 15, sales orders for Axela in Japan have reached 3,800 units (as of November 17), exceeding the original monthly target of 2,500 units. In Europe, a cumulative order bank including November shipment is around 30,000 units.

3 Images may not be UK specification cars. Colours and exterior and/or interior elements may differ from actual models.