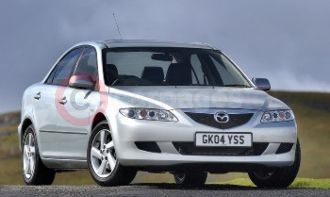 Mazda is making huge strides to win over the hearts, minds and wallets of Britain’s fleet operators, according to the findings of the 2004 Sewells ’Fleet Operator Attitude Survey’. The survey, now in its sixth year and published by EMAP Automotive, quizzed 646 fleet operators, who between them run 248,710 vehicles and buy cars through more than 1,900 dealers operated by 21 vehicle manufacturers, on their relationship with vehicle manufacturers and their dealer networks.

The survey examined many key aspects of the business relationship that contribute to fleet customers’ satisfaction with their vehicle suppliers – from the initial vehicle order and delivery, through to aftersales support and repeat business – and focused on many key issues that have a direct influence on a fleet manager’s decision on which franchises and dealers to do business with and which not.

Wholelife costs are a vital factor in winning fleet manager approval and crucially fleet decision-makers acknowledged that Mazda service and parts bills were level with Ford as the lowest of all the manufacturers surveyed. In addition, Mazda was ranked top for its ability to solve problems quickly and its provision of dealer demonstrators.

Other areas in which Mazda was ranked among the top three of all 21 vehicle manufacturers surveyed included the effectiveness of its national demonstrator programme, its ability to understand and react to important issues, contact frequency and the quality of advertising and promotional material.

Key areas in which Mazda dealers performed strongly in the opinion of fleet managers to put them in the top three among all the franchises of 21 manufacturers surveyed included the ability of staff to create a comfortable and business-like relationship, the ability to provide expert advice on a wide range of finance, maintenance and insurance options, competent senior management who were able to make a professional business proposal and a first class courtesy car service.

Mazda was also compared closely on a range of key manufacturer and dealer issues with its key competitors – including Toyota, Nissan, Renault, Volkswagen and Honda – and fared significantly better than its more established rivals in many key areas, according to the influential respondents running fleets of more than 25 vehicles.

The transformation, says the report, in the attitude of influential fleet operators towards Mazda and its 140-strong franchise network began following the manufacturer’s 2002 decision to take ownership of the importership in-house.

Mazda fleet and remarketing director David McGonigle said: ‘The influential independent survey shows that in less than two years Mazda has made huge in-roads in convincing fleet managers that our cars offer a value for money alternative to mainstream traditional fleet models.

‘Mazda6 has been responsible for opening many fleet doors and we believe the recent addition of the Mazda3 and RX-8 to the range will significantly increase our fleet share along with the ubiquitous MX-5.’

However, he added: ‘We realise that there are many fleets that have still to experience Mazda and we will continue to develop and refine our operations both at a manufacturer and dealer level to further expand our fleet business.

‘Fleet decision-makers have given Mazda their seal of approval in many business areas and we will use their verdicts to deliver ever-higher standards. We believe that will mean it is impossible for discerning fleet managers to ignore the Mazda proposition and enable us to win market share at the expense of more established fleet marques.’