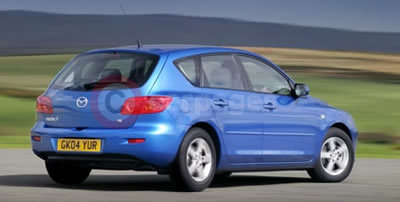 Labour rates at Mazda franchised dealers have been found to be the lowest in the country for the second year in succession thus helping fleets to reduce operating costs.

An independent survey of 27 vehicle manufacturers highlighted the dramatic variation across the country with the average labour rate recorded at Mazda dealers being just £44 an hour, according to Warranty Direct.

Service, maintenance and repair costs (SMR), are one of the key ingredients for fleets in calculating vehicle wholelife costs – the benchmark from which the majority of fleet decision-makers compile their company car choice lists.

The survey revealed that the maximum recorded hourly labour rate to repair a car at a Mazda franchised dealer (£88) was almost £70 lower than the £152.75 charged by a BMW franchised dealer in central London – the highest hourly rate recorded.

The company easily beat its chief rivals such as Toyota and Vauxhall, which Warranty Direct reported each had an average labour rate in their franchised dealers of £51 an hour, Volkswagen, which came in at £58 an hour and Renault and Honda each at £50 an hour.

Mazda topped Warranty Direct’s low dealer labour rate chart last year and its repeat success in 2004 reflects a conscious effort by the carmaker to present itself as the value for money fleet vehicle provider.

It is that winning ‘low price, high-spec’ combination which has helped the manufacturer collect a string of industry awards including most recently Best User-Chooser Car for the Mazda6 in the 2004 Fleet World Honours.

In addition Warranty Direct, the independent automotive warranty specialist, praised Mazda for the outstanding reliability of its vehicles as the brand topped the company’s Most Reliable Car Manufacturer in the UK index for the third consecutive year last September.

David McGonigle, Mazda’s fleet and remarketing director, said: ‘The latest Warranty Direct survey underlines what many fleet operators have already discovered and that is the value for money which Mazda offers.

‘In terms of list price, benefit-in-kind tax and residual values Mazda is redefining what constitutes value for money for both fleet operators and company car drivers. Now, Warranty Direct’s independent survey adds to our argument that fleets can reduce operating costs by choosing Mazda ahead of any other manufacturer.