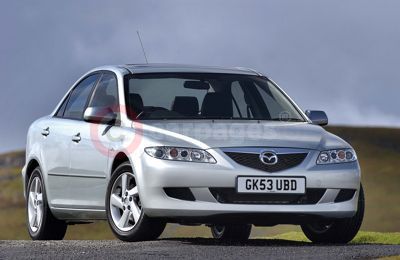 Mazda6 has overcome the challenge of 48 short-listed rivals to claim the What Car? ‘Used Car of the Year 2007’ crown in the popular monthly publication’s annual awards.  For the What Car?  December issue, an experienced panel of eight judges, who know the used car market inside out, scrutinised the merits of the 48 cars in eight different categories.

After much deliberation, the 2003 Mazda6 2-litre TS five-door hatchback emerged as a double-winner – overall winner of the 2007 used car title and first in the ‘Family Cars’ category.

Commenting on Mazda’s overall victory, What Car? Used Car Editor, Matt Sanger said, “The Mazda6 was the clear winner of our ‘Used Car of the Year’ title.  There were more votes cast for the Mazda6 than for all the other category winners put together.  Its overall package of value for money, reliability, desirability and fine handling, proved too much for the competition.”

Assessing the Family Car winner, What Car? stated: “…accomplished, good to drive and reliable, the Mazda6 has an air of exclusivity and is even impressive enough to fend off competition from the BMW 3-Series and Honda Accord to win this category.  It still looks modern and fresh and is also very entertaining to drive.”

The Mazda6, which claimed the ‘Used COTY 2007’ trophy from the ever-popular Ford Focus and the Volkswagen Golf GTi, also took the What Car? used-car crown in 2005.

Mazda fleet and remarketing director James Hopkins added: “Mazda is delighted to win the title of What Car? Used Car of the Year with the Mazda6, for the second time, in 2007.  Introduced in 2002, the Mazda6 continues to epitomise the Mazda brand, with its sports styling and exhilarating dynamics and it remains our strongest-selling model, with over 11,000 sales in the first nine months of this year.

“A combination of competitive list prices and strong residual values have been instrumental in making new Mazda6 cars an enticing package for fleets and company car drivers.  Now, as a used-car, Mazda6 presents family car buyers with great practicality and value that is unrivalled.  With modest whole-life costs, it is undoubtedly the most cost-effective choice in its segment.”