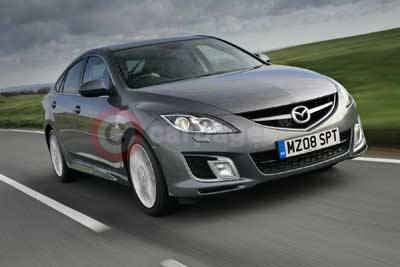 Mazda dealers in Northern Ireland will welcome the arrival of diesel-engined versions of the new Mazda6 more than most.   Diesel sales in that segment are currently running at around 80 per cent.

“It will be a good boost for Northern Ireland dealers at a time when they are already doing well,” explained Jeremy Thomson, Sales Director for Mazda UK.

The province is predominately a diesel market and Mazda6 has traditionally been the best seller in the line-up which is why the new model went on sale here before the mainland.  Mazda has seven dealers serving Northern Ireland’s 1.5m population, six centred on Belfast.

Sales in January were 20 per cent up on January 2007 despite the market being five per cent down.  This strong start to the year builds on success in 2007 when Mazda had a 2.3 per cent share of Northern Ireland’s 68,708 new car market with total sales of 1,582.

In 2006 Mazda’s share was 1.7 per cent and it currently stands at 3.3 per cent as Mazda climbs the sales league to 9th place from 12th last year.  Sales in February were above target and in March were 228 taking the first quarter to 604, an increase of 18.2 per cent over the same period last year.  This has given Thomson and his dealers a solid platform for 2008 despite the overall uncertainty in the market.

“Northern Ireland has had a very vibrant business environment but it is beginning to suffer, especially because of the housing market, just like everywhere else,” explained Thomson.

The arrival of the three-door Mazda2 will be another boost, despite strong competition from Vauxhall’s Corsa.

“Mazda UK along with our Northern Ireland dealer partners is ahead of forecast at the moment and I would like to think we can keep that momentum going,” said Thomson who is particularly encouraged by the first quarter performance as sales in Northern Ireland overall have slipped by 7.8 per cent.