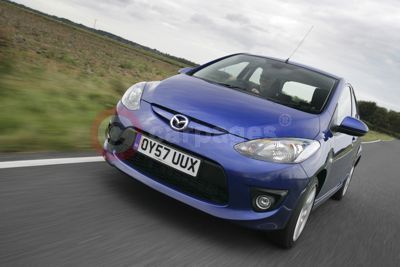 Mazda took a record 3.8 per cent share of the market in Scotland in September 2007 and has already sold almost as many cars north of the border this year as in the whole of last year.  With 18 dealers fully operational – three more than last year – and hitting their targets, Mazda is on track for a record year, said Jeremy Thomson, Mazda UK’s sales director.

“In addition to our strong retail performance underpinned by attractively priced limited editions, we are increasingly successful in attracting fleet and small business users and substantially outperforming the market.  Every dealer has shown growth this year and they are now well placed for 2008,” he said.

Mazda’s sales in September were 17.7 per cent up on the same month in 2006 in a market that saw sales increase by just 1.02 per cent.  Mazda3 and Mazda6 are the best sellers but Mr Thomson says the arrival of the Mazda2 will be a major boost for Scottish dealers.

“The B segment takes up to 30 per cent of the local markets and with the old Mazda2 we only had about a 1 per cent segment share.  With new Mazda2 I believe we can dramatically increase our share of that segment.”