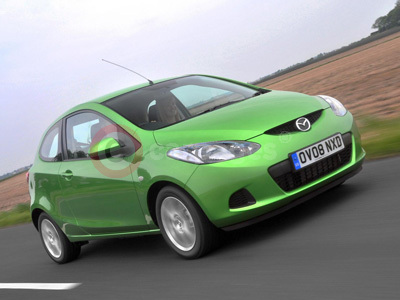 Mazda enjoyed a bumper August in Scotland with Mazda2 making it into the top ten sales chart and Mazda6 taking a record share of the retail market. The company took 4.9 per cent of the Scottish market, a record for any August and only just short of the all-time high of 5 per cent recorded in December 2009.

The month saw sales volume up 53 per cent at 236 units, catapulting Mazda ahead of Honda and Toyota and only just behind Peugeot and Volkswagen. August 2010 also saw overall industry sales in Scotland fall by 19.8 per cent to 4,786 units according to figures from the SMMT.

Mazda's success has been built on the back of a strong and growing dealer network and a band of loyal customers with dealer reporting that many had come back to buy their second Mazda2 in August, three years on from its launch in 2007. This made Mazda2 the eighth best-seller for the month, the first time Mazda has had a model in the Scottish top ten.

This strong August performance has pushed Mazda's market share for the first eight months of the year to 3.58 per cent with sales volume up 12.4 per cent over 2009 at 3,949.

Mazda has been traditionally strong in the retail sector that accounts for 67 per cent of its total sales against an industry average of 51 per cent.