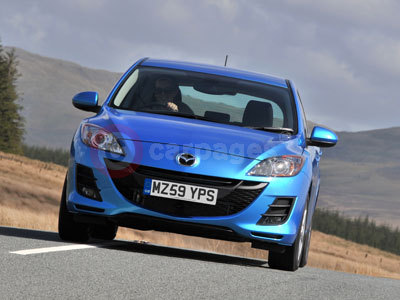 Mazda Motor Europe closed out 2009 on a high note by selling 17,800 vehicles in December, which is an increase of 9.4 per cent compared to December 2008. For the second month in a row, Mazda sales were up sharply in Europe's Big-5 countries, where an increase of 64 per cent was reported.

Mazda was led by the UK, where an all-time December record volume of 4,700 units was achieved, up 264 per cent, which translates into record monthly market share, estimated at 3.2 per cent. For the year, Mazda sales in the UK stood at 49,500 units, the third highest ever, with an estimated calendar year market share of 2.5 per cent, the highest ever recorded. Mazda also did well again in Germany, where KBA registrations stood at 2,608 units, up 4.7 per cent versus December 2008. This closes out a good calendar year in Europe's largest market, where Mazda registered 60,032 vehicles, up 6.7 per cent versus 2008.