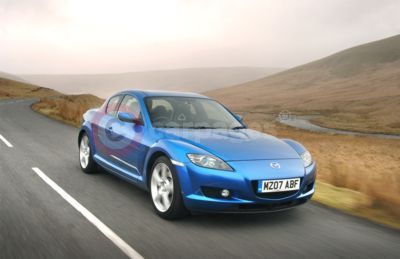 Mazda’s Representative Director, Chairman of the Board, President and CEO, Hisakazu Imaki, said, “The rotary engine symbolizes Mazda. It was born from the tireless efforts of our past leaders and a corporate culture which embraces tough challenges. Keeping this proud tradition going forward, we will continue our research and development of the rotary engine in accordance with the Sustainable Zoom-Zoom plan that we announced in March 2007. As Mazda’s next generation eco-engine, the hydrogen rotary engine holds great promise and, in fact, is already running on public roads. Mazda will aspire to adding new value to our rotary technologies by investing further in hydrogen rotary engine Research & Development.”

Near the end of the 1950s, many automakers around the world dedicated considerable Research & Development resources for the development of the rotary engine (RE), but most discontinued their efforts because they were unable to surmount the formidable technical challenges inherent to the technology. Mazda alone persevered, eventually overcoming these obstacles and successfully achieved RE mass production. On May 30, 1967, Mazda commenced sales of the world’s first dual-rotor RE car, the Cosmo Sport. Following this, Mazda introduced other RE vehicles to the market, including the Familia Rotary Coupe, Savanna, RX-7 and Eunos Cosmo. With a number of improvements in fuel economy and environmental performance over the years, sales of Mazda vehicles equipped with RE engines continue to be produced.

Mazda began its involvement in motor sports in 1968, following the release of the Cosmo Sport, when RE cars started participating in car races. In 1991, the Mazda 787B made rotary engine history when it became the only Japanese car ever to claim victory at the Le Mans 24 hour endurance race. Additionally, with over 100 wins in both the touring car series in Japan and in the International Motor Sports Association (IMSA) series in the United States, RE-equipped racecars have enjoyed a glittering record of success.

The RX-8 sports car was launched in April 2003. It is powered by the new generation, naturally-aspirated RENESIS rotary engine, which is more compact, powerful and environmentally friendly than its predecessors. Britain’s specialist technology magazine, Engine Technology International, awarded the RENESIS its coveted International Engine of the Year award in 2003 as well as successive awards for its engine class in 2003 and 2004, to show its high regard for this engine.