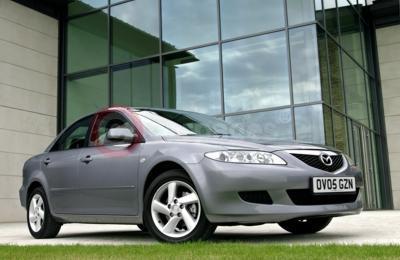 Fleets choosing the Mazda6 - the model that single-handedly put the Japanese marque on the company car map - continue to save themselves hundreds of pounds in depreciation costs.

As the model nears its third birthday, the upper medium sector saloon remains the cost-effective choice for fleets in the residual value stakes, according to used car value experts at EurotaxGlass’s.

Over the industry benchmark of three years/60,000 miles the Mazda6, which was largely responsible for transforming the company into Britain’s fastest growing major fleet manufacturer in 2004 with corporate business up more than 50 per cent on the previous year, easily outperforms a host of competitors from a wide range of volume marques.

The Mazda6’s attributes have been recognised with more than 80 global automotive awards to date – many from the fleet press, including Fleet News and Fleet World – and this year the model continues to account for approximately a third of total Mazda sales.

Although a model facelift is due later this year Alan Cole, editorial consultant at EurotaxGlass’s Market Intelligence Service, believes the move will only strengthen Mazda’s grip over rivals such as the Citroen C5, Nissan Primera, Peugeot 407, Renault Laguna, Toyota Avensis, Vauxhall Vectra and Volkswagen Passat.

Reviewing residual value comparisons across petrol and diesel models Mr Cole said: "The Mazda6 competes very well in all categories and the imminent upgrade will refresh its competitiveness. Despite its lifecycle age, residual values stack up well against the likes of the Avensis and Passat. Mazda6 is perhaps the archetypal fleet user-chooser car as it offers something different from the mainstream competitors such as 407, Laguna and Vectra."

That compares with the likes of the Nissan Primera 1.8 S five-door, which will ‘lose’ a whopping £10,481 over a three-year/60,000-mile replacement cycle – £1,781 more than the entry-level Mazda. Meanwhile, the Volkswagen Passat 2.0 S, which, while having a higher residual value at 40 per cent will, in fact, cost fleets £738 more in depreciation than the equivalent Mazda6.

Turning to the diesel segment and residual values are equally solid with, for example, the Mazda6 2.0 TS retaining £5,984/38 per cent of its £15,807 P11D value. That means rivals such as the more expensive Citroen C5 1.6 HDi 16v VTR will ‘lose’ almost £1,800 more over a typical replacement cycle, while the Nissan Primera 2.2 dCi S and Renault Laguna 1.9 dCi Expression will depreciate by an incredible £1,300 more than the Japanese contender.

Mazda fleet and remarketing director Adam Pumfrey said: "A combination of very competitive list prices and strong residual values means the Mazda6 is an enticing package for fleets and company car drivers alike. Crucially, it means that fleets which choose the Mazda6 are losing significantly less money than fleets which opt for rival products.

"The Mazda6 continues to epitomise the Mazda brand, with its sports styling and exhilarating dynamics. Added to practicality and value that is unrivalled in the upper medium sector it is the cost-effective choice for cost-conscious fleet operators.

"Strong residual values, which contribute to reduced wholelife costs, are key to winning the hearts, minds and financial backing of fleets and private buyers alike. The latest data from EurotaxGlass’s shows that after almost three years the Mazda6 dwarfs many rivals in terms of residual values."

Standard equipment across the Mazda6 range includes air conditioning or climate control, front and side airbags and ABS brakes.