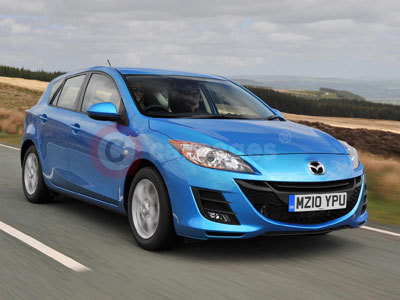 Private buyers are switching to Mazda in record numbers as the brand’s Northern Ireland dealers continue to out perform their UK mainland colleagues.

In March, Mazda achieved a three per cent share of the Northern Ireland retail market, outperforming manufacturers like Honda, Audi, Citroen and Fiat and becoming the third best-selling Japanese brand in Northern Ireland behind Toyota and Nissan.

“Customers know that we represent really good value for money and as our brand awareness grows in Northern Ireland, more and more customers are switching to us,” said Mark Cameron, sales director for Mazda UK.

Mazda saw its retail sales grow a remarkable 81 per cent in March from 2009 levels. In the same period the Northern Irish industry reported a 22 per cent growth in retail sales for the month, according to figures from the Society of Motor Manufacturers and Traders.

And it wasn’t all down to the final flurry of scrappage incentive sales. Fewer than one-in-four (23 per cent) of all Mazda sales, including business and fleet customers, were accounted for by scrappage.

Overall, Mazda’s total sales were up 28 per cent from year-ago levels, well ahead of the 13 per cent industry average growth.

March also rounded off a strong first quarter’s performance for Mazda’s Northern Ireland dealers who can now boast a 3.18 per cent retail market share for the year so far and the company now believes it can hit a 4 per cent market share this year.

The popularity of the Mazda2 and Mazda3 has helped the company’s success as has the strength of its sales network. This was boosted last year with the appointment of an eighth dealership, Pat Kirk Ltd in Omagh, the second Mazda outlet for the long-established company that has an existing dealership in Strabane.