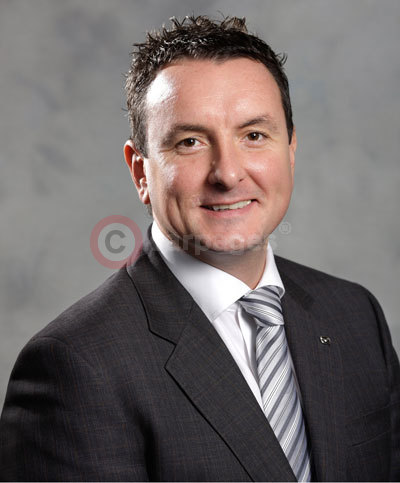 Mazda Motors UK has appointed Peter Allibon as its Fleet and Remarketing Director in succession to James Hopkins, who is moving to take charge of the Japanese marque's newly established European fleet department. With an in depth knowledge of the Mazda brand through a wealth of experience in business financing, fleet operations and contract hire, Mr Allibon takes charge of fleet business with a revised version of the brand's most successful ever company car - Mazda6 - about to enter UK showrooms with a new 2.2-litre diesel engine line up.

Mr Allibon will take over the Fleet and Remarketing Director role on 22nd December 2008. Over the last two and a half years he has been leading the UK Mazda Credit operation and in doing so has also become an extension to the Mazda Motors UK senior management team. He has also led substantial call centre and field sales teams.

Mr Allibon will report to UK Sales Director Mark Cameron, who said: "The strong links that Peter has formed with our dealer partners during his time with Mazda Credit will serve him well as we seek to expand further our fleet sales and remarketing capability."

The Mazda6 was the car that put the brand on the fleet map and the model continues to head the marque's corporate sector presence. In January a revised and expanded 26-model Mazda6 line-up will go on sale headed by the arrival of a 2.2-litre diesel engine with a choice of three power outputs (185ps, 163ps and 125ps).

Mr Allibon said: "Mazda has made huge strides in the corporate sector in recent years. Many of our dealers have secured significant new business as a result of our strategy and I want even more of our dealer partners to share in our corporate sales success by actively pursuing businesses close to their operations.

"The revised Mazda6 will further boost our presence in the fleet sector. Meanwhile, Mazda's reputation for competitive list prices, well-specified models and an expanding range of low emission cars across our line-up will ensure popularity with user-choosers."

Meanwhile, Mr Hopkins has been leading Mazda Motors Europe's project team that has been responsible for establishing the new European fleet operation while continuing to retain his UK brief. Mr Allibon's appointment means that Mr Hopkins will now be fully focused on growing Mazda's European fleet sales following his appointment to the new post of Director, European Fleet Operations.

This year Mazda Motors Europe will sell approximately 10 per cent of its total volume to fleets and almost half of all Mazda's European fleet sales are in the UK, where the company has seen its established corporate focus pay dividends with year‑on‑year rises in volumes and market share.

The success in winning corporate sales business in Britain means that the strategy adopted by Mazda Motors UK is being used as the template for its European development. The corporate sales department has been established at Mazda Motors Europe's Leverkusen headquarters. Apart from continuing to focus in the UK, the team will initially target businesses in Belgium, Germany, France, Italy, the Netherlands and Spain. A second phase of countries earmarked for fleet development will include Austria, Russia and a number of fast-growing East European countries.

Mr Hopkins said: "In the UK Mazda's fleet sales have grown substantially in just a few years. Our success to date has been based on a strategy that has seen our fleet department establish relations with fleet decision-makers, the contract hire and leasing sector and residual value guides and information providers in addition to putting in place other key building blocks.

"We are now encouraging the appointed head of fleet in each of our target markets to go out and develop similar relationships to enable corporate sales to grow in those markets. Simultaneously, the existing UK corporate sales team and the other individual markets will be working in tandem with the new European fleet team to provide a pan-European service."

He added: "We have been hugely successful in growing our European sales, but that has almost exclusively been in the retail sector. Now we believe the time is ripe for Mazda to develop other sales channels, and specifically the corporate sector."