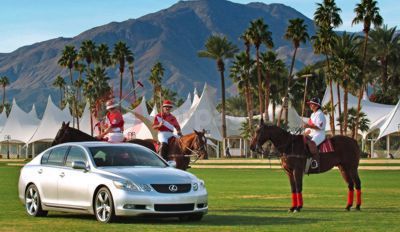 Lexus is one of the world’s youngest automotive brands, but it already ranks among the highest achievers in the industry when it comes to garnering awards for excellence. This week two further accolades have been added to a collection that’s the envy of every other premium manufacturer, reflecting both the strength of its current product line-up and the immense promise shown by a new model that has not even reached the showroom yet.

In the USA Lexus has been named the number one manufacturer in the J.D. Power and Associates’ APEAL (Automotive, Performance Execution and Layout) study for the fourth year running. As well as taking the overall top honour, Lexus claimed a category win with the RX330 as the Most Appealing Entry Luxury SUV for the second consecutive year, with the RX470 as runner-up. The LS430, SC430 and IS300 also performed strongly in their respective classes.

Rather than being an industry assessment, the APEAL awards are determined by the opinions of more than 103,000 owners of new vehicles with regard to attributes such as ride and handling, styling, comfort, drivetrain and convenience.

Meanwhile on the other side of the world the all-new Lexus GS has been awarded the 2004 Auto Trophy in Germany as the top imported luxury car, as voted for by readers of Auto Zeitung and TV Movie magazines. The result is particularly notable as the car is not due to go on sale in Europe until spring next year: public support for the GS was based purely on early motor show appearances, video footage and press reports.

Stuart McCullough, Director of Lexus Europe, said: "The new GS represents the next step in the evolution of the Lexus approach to design. The brief to our designers was to capture a combination of elegance and simplicity. It is particularly pleasing that this approach has been acknowledged by the readers of Auto Zeitung and TV Movie, even before the car has gone on sale."

This is a 17-year+ news article, from our Lexus archive, which dates back to the year 2000.

If in doubt check with your local Lexus dealer as car prices and technical data will have changed since 2004.