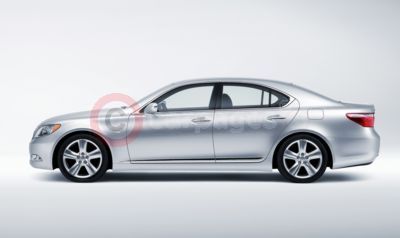 Design is increasingly a defining factor in the luxury car market, as differences in performance, reliability and equipment levels between rival models grow smaller. It is a factor that has become highly influential for Lexus in the development of its new generation models, leading to the creation of a new design language, L-finesse.

Lexus’s new LS flagship limousine is the latest expression of L-finesse, with key elements of its styling following cues established in the new generation GS and IS models. In turn, these production models follow design thinking expressed in the earlier LF-X and HPX show cars presented in 2002 and 2003.

Simon Humphries, Lexus Group Manager for Design Strategy, explained how L-finesse was developed: "When the first Lexus was launched, it was perceived as advanced, forward-looking, a new take on luxury. But it also had a certain finesse, an element of understatement.

"Over time these qualities started to become disparate, and Lexus designers faced a challenge to reunite them in a style that is both leading edge and human. This process gained the name L-finesse."

Although L-finesse informs the look of a new generation of Lexus models, Humphries emphasises that it is not about creating an instant family look, or cloning models on a single theme. He said: "Put very simply, L-finesse is everything that can’t be measured by numbers or specifications. It’s the character, personality, everything that is intangible about Lexus. What we’ve tried to do is define that and guide design to a unique direction and position in the marketplace."

L-finesse is strongly influenced by Japanese cultural traditions, including the concept of Seamless Anticipation in hospitality, where a guest’s needs are catered for, before that need is realised by the individual. In the new LS this can be witnessed in the sequenced illumination as the driver approaches the car, gets in and sits at the wheel, which is both welcoming and practical.

Intriguing Elegance is another dimension of L-finesse which draws on Japanese design tradition. "People often think of Japanese design as just being minimalist, but actually it isn’t. It has a lot of simplicity, but it is by no means simple," said Humphries.

This is illustrated by the complex curves which dominate the coachwork of the LS 460, for example in the way the lines of the bonnet and wings meet the car’s frontal area. Inside, the same concept can be seen at work in every element, from the instrument panel to the seat cushions.

Another element of L-finesse is the arrowhead shape used in many different aspects of the new LS, as well as the earlier IS and GS models. In the LS 460 is it clearly visible in the design of the car’s front end, the sharp outer surfaces of the arrowhead represented by the headlamps’ higher position in relation to the radiator grille. The sharp outer edges of the arrowhead contrast with softer inner lines, as in the grille itself and the line of the rear window.

The all-new Lexus LS 460 goes on sale in the UK in January next year.

Lexus LS Images may not be UK specification cars. Colours and exterior and/or interior elements may differ from actual models.