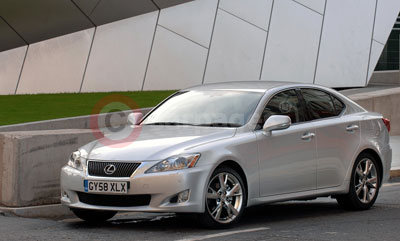 Lexus moves into new territory this winter with revisions to the IS 220d that bring a substantial reduction in carbon dioxide emissions, leading to even more significant cost of ownership savings.

The economic profile of the luxury sports saloon is further enhanced by a new Band C rating for Vehicle Excise Duty, plus reduced fuel costs thanks to improvements in fuel consumption which raise the combined cycle mpg by nine per cent, from 46.3 to 50.4.

The adjustments which have brought these benefits about have not impinged on top-line performance: the lightweight 2.2-litre four-cylinder engine produces a maximum 175bhp at 3,600rpm and 400Nm of torque @ 2,600rpm, giving a maximum speed of 135mph and nought to 62mph acceleration in 8.9 seconds. The Lexus IS 220d is fitted as standard with a six-speed manual transmission.

There is no increase in on-the-road prices, with the 2009 Lexus IS 220d priced £22,015, SE-I £24,470 and SE-L £26,585. The Lexus IS 220d benefits from previously announced specification improvements for the 2009 model year, including the provision of Lexus's Vehicle Integrated Dynamics Management (VDIM) system on all models. SE versions now come with Cellensia upholstery; front and rear parking sensors are standard on SE-I grade; and SE-L models have gained new-design 18-inch alloy wheels.

In the fiercely competitive premium saloon market, the new Lexus IS 220d enjoys a clear advantage over its rivals, thanks to its unmatched combination of high specification, value and tax efficiency.

This is a 12-year+ news article, from our Lexus archive, which dates back to the year 2000.

If in doubt check with your local Lexus dealer as car prices and technical data will have changed since 2009.