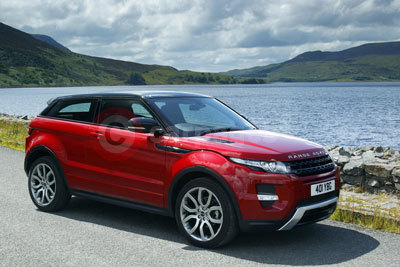 The Range Rover Evoque has added more awards to its portfolio, taking the total to 53 since its recent launch in September 2011

Recent honours bestowed on the Evoque came from Britain's 4x4 Magazine, which proclaimed the Evoque its 4x4 of the Year, and this was swiftly followed by the Car of the Year title from the Czech Republic, and Best SUV from the Brazilian automotive news agency Auto Press, taking to 15 the number of different countries to recognise the smallest, lightest and most efficient Range Rover ever produced.

For Land Rover global brand director John Edwards, keeping up with the awards is proving a welcome headache: "The speed with which the honours are being collected by the Evoque is breathtaking, as is their global nature. It is a fantastic achievement for all connected with the Evoque project and a great endorsement for the product.

"In addition to these formal titles, the Evoque is daily emerging on top in motoring magazine group tests around the globe, and is winning thousands of admiring new owners. We have now received in excess of 40,000 orders for Evoque, and what is particularly heartening is that many of those have come from customers new to the brand."

The most recent British honour comes from 4x4 Magazine, whose editor Nigel Fryatt said that there was universal agreement among the judges "that the new Evoque points the way to what future 4x4s will be like, and in some respects that alone makes it a worthy winner." 4x4 Magazine also awarded Evoque top honours in its Premium Plus class.