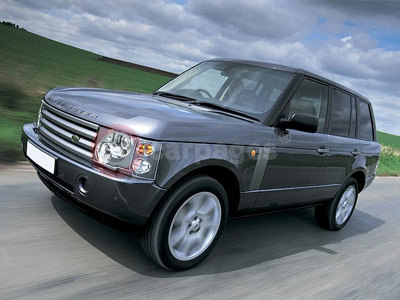 The Unichip Uni-Q piggy back ECU works by intercepting the signals from the Range Rover's factory vehicle sensors, which are channelled through the Uni-Q ECU to allow the engine's fuelling and turbo boost to be remapped with a high degree of control - and performance.

Supplied pre-programmed with revised ECU settings that are designed to enhance the performance of the Range Rover's 2993cc, twin turbodiesel powerplant, the Uni-Q piggy back ECU is a DIY fitment via its plug and play 'U-Connect' wiring loom, allowing for easy installation (or removal) in minutes.

If, at a future stage, owners add mechanical modifications, the Uni-Q can be remapped to suit, or at a later stage, the unit can be removed from the vehicle and sold on, unlike an OBD reflash.

Dyno testing at Unichip Europe's Oxfordshire based premises has proven that the Unichip Uni-Q produces a performance gain of 22 bhp, increasing the Range Rover 3.0-litre TDV6's power from a measured 259 bhp to 281 bhp at 3031 rpm.

Critically, this additional performance doesn't come at the expense of the Range Rover 3.0-TDV6's 30 mpg combined fuel economy. Tests have proven that thanks to a combination of the increased low speed torque and efficiencies realised by the refined Unichip Uni-Q ECU map, the Range Rover's fuel economy is unaffected by the Unichip U-Connect package.