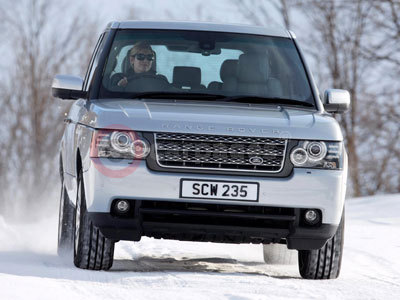 An excellent customer response to new 11 Model Year products, together with increased fuel economy across the Land Rover range has been the main driver in the positive sales increase.

Range Rover also performed exceptionally well with 4,069 new registrations in 2010 compared to 3,152 in 2009 (up 29%). The marque's flagship model received a new TDV8 engine at 11 Model Year, which sees fuel consumption improve by nearly 20% compared to the outgoing engine.

"Whilst the retail environment may remain challenging, 2011 will see us build on last year's excellent sales results. We will continue to invest in new product, not least with the launch of the New Range Rover Evoque later in the year."

The Range Rover Evoque will make its UK debut at the London Boat Show, where it will be revealed by Land Rover brand director, John Edwards and Land Rover designer director, Gerry McGovern. Hundreds of customers who have already paid deposits for the Evoque, despite not having seen it in the metal, will be at Excel in London to see the cars they have ordered for the first time.