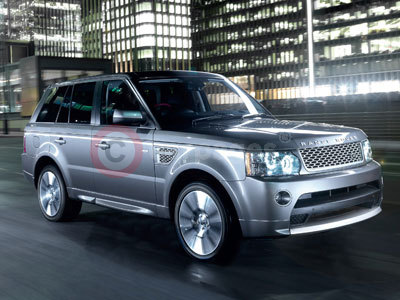 In the period October to December 2009, Land Rover UK sales were up 93% year on year.

Sales have been improving consistently in the UK for the last four months as some stability returns to the market place, and the launch of the new 2010 model range has ensured the latest, most efficient, and technologically advanced line-up Land Rover has ever had. On sale at the beginning of September 2009, sales of the Land Rover Discovery 4 and Range Rover Sport specifically have improved by 115% and 116% respectively for the last quarter of 2009 over the same period in 2008, which highlights strong demand for Land Rover's latest offering.

Overall sales for 2009 were strong particularly in the second half of the year, but down 10.8% year on year due to a record-breaking first quarter in 2008.

Land Rover UK managing director, John Edwards said: "2009 has been a very hard year for the motor industry - particularly in the premium segment. However, Land Rover made some tough decisions and restructured our business model to ensure that we were in a strong position to weather the storm. With our new 2010 model range launched to widespread acclaim, we are looking forward to building on our outstanding sales success in the last quarter, and to a brighter 2010."

The Land Rover Freelander 2 - with the addition of the new White & Black Special Editions with an entry-level price of £19,495 - represents value for money in the sector, coupled with an efficient powertrain delivering an improved CO2 performance of 179g/km and a combined fuel economy of 42.2mpg.

The new 5.0-litre Supercharged engine, coupled with the more economical but powerful 3.6-litre TDV8 and improved driving dynamics, strengthen the Range Rover's position as the ultimate SUV. World-first automotive applications of the dual view screen and the surround camera system ensure that it is one of the most technologically advanced vehicles on the market. It has also just been voted the Car of the Decade by Autocar readers.

Land Rover is the world's foremost manufacturer of 4x4 vehicles. It sells to over 160 markets globally. The UK, US, China, Italy and Russia are currently the top-selling markets. Improvements year on year for the last quarter have been recorded across the globe, with the US up 21% and Europe up 12% - again testament to an increasing economic stability and to the launch of the new 2010 model range.