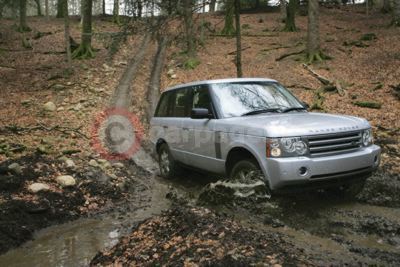 Land Rover has achieved a global sales record for the second year running. In 2006, the 4x4 manufacturer sold 192,500 vehicles around the world, an increase of 4 per cent (8,500 vehicles) on the previous year.

The year saw the USA become Land Rover's largest single market with a sales increase of 3.5 per cent. Sales in the highly competitive US market were driven by the phenomenal success of the Range Rover Sport, which saw an 80 per cent growth. There was also significant progress in emerging markets like Russia, which saw its sixth successive year of growth, and the Middle East and North Africa region where sales increased by 54 per cent and 43 per cent respectively.

In the UK, sales of Range Rover Sport and Range Rover increased by 52 per cent and 12.5 per cent respectively in a year which saw the run out of Freelander, which ceased production in July. The all new Freelander 2 only went on sale in the UK in December, but still notched up nearly 900 sales in this traditionally short sales month.

Phil Popham, Land Rover's Global Managing Director, said, "This is a fantastic achievement given we were without our volume product for most of the year and provides a firm foundation for the launch of the all new Freelander 2, a vehicle designed for a global market. We need to maintain this momentum in 2007 and continue to make progress in new markets."

Land Rover's modern, clean and efficient diesel engines are now dominating the UK market, accounting for 92 per cent of sales. Demand for the new TDV8 Range Rover saw diesel derivatives of the model surge by 145 per cent in the final quarter of last year.

John Edwards, Land Rover's UK Managing Director, said, "The Range Rover is the UK's best selling luxury car and with this new engine customers can get petrol levels of performance with a 32 per cent improvement in fuel economy."

Since 1948 Land Rover has been manufacturing authentic 4x4s that represent true 'breadth of capability' across the model range. Defender, Freelander 2, Discovery 3, Range Rover Sport and Range Rover each define the world's 4x4 sectors, with 78% of this model range exported to over 140 countries. Land Rover employs 9,500 people and supports a further 40,000 jobs supported in the supply chain. Land Rover is committed to addressing the challenges of climate change and since September 2006 carbon dioxide generated by Land Rover manufacturing activities and UK customer vehicle use has been balanced through an industry leading offset programme run by Climate Care.