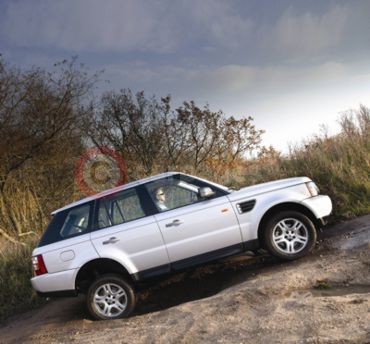 Phil Popham, managing director of Land Rover UK said yesterday that the 9,000 UK sales they expect to achieve in the new registration plate change month of September will be the second biggest sales month ever since manufacturing began in 1948. The all-time record month was March 2004 when 10,000 Land and Range Rover models were sold.

Demand for the 2006 Range Rover, new Discovery 3 and the all-new Range Rover Sport was driving demand with the new Sport already achieving 145 per cent of its sales target. The Sport will achieve nearly 6,000 UK sales this year even though it was only launched in May.

Popham said, "This year we expect our UK sales to reach 49,000 units, the fifth consecutive record year since Ford took over the company six years ago."

"The UK market remains the largest in the world but I do not expect to keep that title next year because the growth in the US market. They will see 48,000 sales this year and this should increase to 50,000 units in 2006. I do not expect to be able to match that total because of our run-out programme early next year for the current Freelander range and the new models not being introduced until later in 2006" he said.

Popham added that Land Rover sales worldwide this year would be a record total of 180,000 units.

He said, "We have addressed the issues of product quality and reliability and have recovered from the damage done by our past reputation. With the new 2006 model line up we have just introduced we are ideally placed to grow our sales worldwide and we need to grow and develop our biggest market, the US. We are also seeing significant growth in Italy, France, Germany, Spain and from emerging markets such as Russia and China."

"The UK market currently has the optimum number of 130 Land Rover dealerships with nine sales regions. We have invested hugely in improving customer satisfaction and regaining their confidence with our dealers implementing fault fixing through service actions. The product quality is now much improved off the production line and this is fully supported with our three-year unlimited mileage vehicle warranty. We have seen a significant reduction in the number of warranty claims for our products", said Popham

Approximately half of the total UK sales are to customers who use company money to buy their vehicles with the majority of buyers being in a position to make their own decision on what vehicle they have.