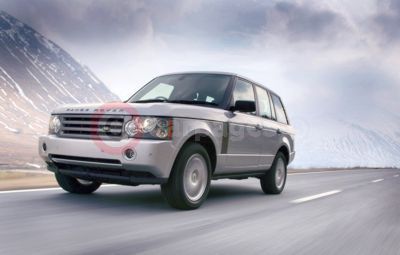 The Range Rover gets an all-new V8 diesel engine and a series of other significant enhancements for the 2007 model year. These latest improvements to Land Rover’s flagship include a revised cabin design and a host of technical upgrades, such as Land Rover’s patented Terrain Response system, which extends even further the vehicle’s impressive breadth of capability.

The technologically sophisticated, turbocharged 272 bhp/PS (200 kW) TDV8 diesel makes its debut in the Range Rover, and is one of the world’s most advanced engines. Like all Land Rover engines, it is lightweight, compact and extremely strong. Compared with the six-cylinder diesel it replaces, it is 54 per cent more powerful, delivers 64 per cent more torque, and yet has the same fuel economy.

"The TDV8 diesel is a great new engine, to power one of the world’s great vehicles - the most complete luxury 4x4," says Land Rover managing director Phil Popham. "Its balance of performance, refinement and economy is unmatched. We believe it makes the Range Rover an even more desirable vehicle, especially in strong diesel markets, and will appeal to many customers who’ve never considered a diesel before.

"Performance is similar to many more obviously sporty vehicles and fuel economy is comparable with a lot of petrol saloon cars. Yet the new Range Rover delivers so much more - great comfort, huge carrying capacity, awesome off-road capability and massive towing ability, all with exemplary refinement."

Acceleration is significantly improved, compared with the previous diesel engine: over four seconds has been cut from the 0-60 mph and 0-100 km/h times (now 8.5 sec and 9.2 sec respectively). Maximum speed is raised to 124 mph (200 km/h), electronically limited. In addition, the TDV8 is up to 75 per cent quieter overall, more refined, and has improved brakes and handling.