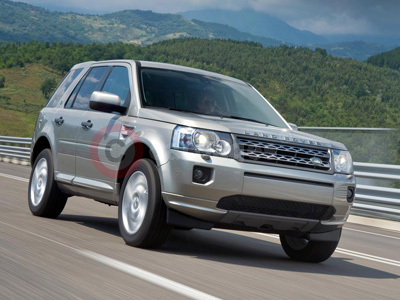 Land Rover is launching a new global marketing campaign for the 2011 Freelander 2, featuring an animated character named 'Clay Mason'. The campaign will premier a 30 second film online from today and air on TV in the UK from January 2011.

The campaign features animated characters driving around an animated landscape in the new Land Rover Freelander 2. The journey encompasses a wide variety of settings and different terrains to demonstrate the vehicle's all-round versatility and go-anywhere capability.

Also released today, will be a 'making of' video featuring the animated character talking about his hectic non-stop five-week schedule, taking viewers behind the scenes of this epic animation. In the documentary-style video, Clay Mason talks candidly about his past roles, including his time as a cloud and a dog biscuit, and recounts what it was like to be given the driving seat in this first animated advertisement from the world's leading all-terrain brand.

"The Freelander 2 is Land Rover's best selling model in the UK and the 2011 model year features a new, refreshed exterior and revised interior," said Phil Popham, Land Rover managing director. "The Freelander 2 offers a class-leading breadth of capability unrivalled in the compact SUV segment and therefore we wanted to encapsulate this in an innovative film using cutting-edge animation for a global campaign."

The concept was created by Land Rover's global advertising agency (Y&R/Wunderman) and produced by Hornet Inc., based in New York. Filming took five weeks to shoot plus a further four weeks to edit and produce. The film will be offered in several different edits including the full 30 second film, plus 20 and 15 second versions.