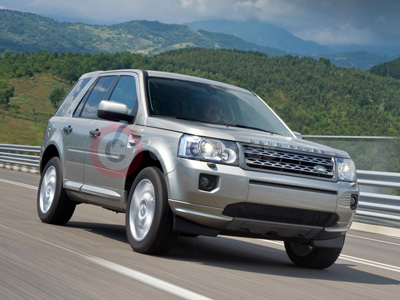 The 2011 Land Rover Freelander 2 model range, on sale in the UK from the end of September 2010, benefits from a new 2.2-litre diesel engine available with either 150PS or 190PS outputs, a new look exterior plus interior alterations including new instrument dials and a new Premium Pack option.

This new engine is quieter, more efficient and both derivatives have 20Nm more torque than the outgoing engine. This means the 2011 Land Rover Freelander 2 offers improved engine response and more mid-range strength for towing. CO2 emissions have been significantly reduced to 165g/km and 185g/km respectively with corresponding fuel economy benefits.

This groundbreaking Land Rover Freelander 2 eD4 is powered by the new 2.2-litre turbo diesel engine, delivering 150PS. It is only available with a six-speed manual transmission featuring Stop/Start technology as standard.

The 2WD eD4 model will be available in the UK from January 2011.  Prices will be announced later this year.