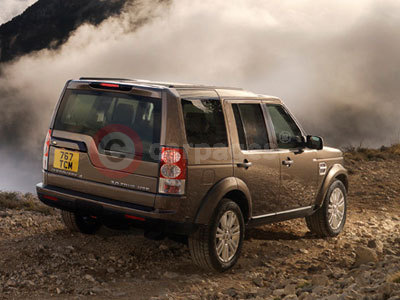 At the heart of the improvements introduced with the Land Rover Discovery 4 is an exceptional and highly efficient new diesel engine. The LR-TDV6 3.0 sequential turbodiesel is based on the existing LR-TDV6 2.7-litre engine, but radically redesigned to deliver substantially higher performance, lower emissions and better fuel economy.

The 2.7-litre has won many admirers as one of the most refined diesels ever made. The new, twin turbocharger LR-TDV6 3.0 boasts substantial increases in both power - up 29 per cent to 245PS - and torque, up 36 per cent to 600Nm. The ability to deliver maximum torque at just 2,000rpm, combined with unparalleled throttle response, substantially enhances the Land Rover Discovery's already acclaimed ability both on and off-road.

The new 3.0-litre diesel can significantly out perform its rivals by delivering 500Nm in only 500 milliseconds from idle. From the driver's perspective this means instantaneous access to 83 per cent of maximum torque.

But despite this extra performance, engine emissions are dramatically reduced. When fitted with DPF, the new LR-TDV6 3.0 meets EU5 emissions requirements (not due to come into force until 2011) and with a CO2 figure of 244g/km, it undercuts the existing 2.7-litre automatic by ten per cent. Fuel economy is also improved by 9 per cent, delivering 30.4mpg (9.3 l/100km) on the EU Combined cycle.

The new 3.0-litre engine has been developed by a joint Jaguar Land Rover team, with base characteristics designed from the outset with the requirements of both brands in mind. High levels of torque and fast response from low revs perfectly suits both Jaguar and Land Rover DNA. The Jaguar version, the AJ-V6D Gen III S, was recently launched in the new Jaguar XF.

The LR-TDV6 engine has a deeper sump than its Jaguar sibling, to ensure the efficiency of the lubrication system is not compromised when venturing off-road. The oil scavenge system of the turbochargers has been enhanced for a similar reason, ensuring no oil collects in the turbochargers at extreme angles in off-road conditions.