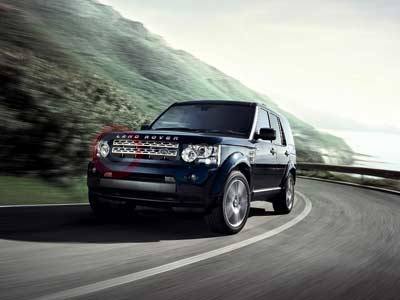 The Land Rover Discovery 4 features three new option packs and audio and navigation systems. The 8 speaker entry-level audio system now features a touch-screen non-navigation colour screen, and is available with Bluetooth, DAB and USB/iPod connectivity. The Premium system, the Harmon Kardon LOGIC 7 system, with 825W of power, with a 17 speaker system, with a voice command system, which enables the driver to control the system using spoken commands.

The touch screen audio systems with integrated navigation are now available separately, in two levels; Base and Premium - Premium is available with voice activation. A "Virtual CD Autochange" features on models equipped with hard disc navigation, providing storage for up to 10 albums in uncompressed format.

A single slot DVD drive is fitted in the Rear Seat Entertainment audio head unit, which replaces the previous six DVD changer which was accessed through the luggage compartment. WhiteFire wireless technology is used for cordless headphones and can also be controlled via remote control. The system also supports connections for games consoles and video playback of MP4 files stored on a USB pen.

The new ZF 8HP70 8 speed automatic transmissions reduces fuel consumption and CO2 emissions, with the eight speeds allowing for closer ratios for smoother gear changes as well as a greater overall ratio spread. The mechanical layout of the 8HP 70 also helps improve efficiency, and means no more than two internal clutches are open at any time.

The gearshift is achieved in 200 milliseconds, meaning no interruption of torque. The engine speed is matched to its turbine speed, anticipating downshifts. Driver Type Detection monitors driver inputs optimising gearbox response as a result.

For the 2010 model year Land Rover Discovery 4, the suspension system saw substantial revisions to roll centres, anti roll bars, suspension knuckles, damper bushes as well as the addition of a variable ratio steering rack for greater stability during high speed cruising and increased sensitivity at acute steering angles. Increased power for the brakes included twin-piston sliding callipers with 260mm ventilated discs for the front, and a single piston with 250mm ventilated discs for the rear. The understeer control system which automatically intervenes by slowing the vehicle in order to bring it back under control was also revised.