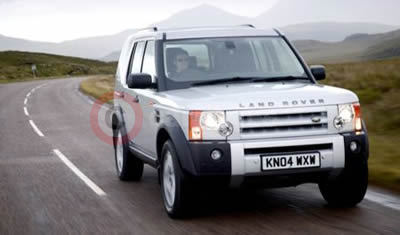 What Car? group editor Steve Fowler, said: "To be a good car isn't good enough – our Car of the Year 2005 must be great. We're looking for the car that has done more than any other to improve standards in its class and has no major weaknesses."

He added: "The Discovery is three cars in one. On the way to work it's an executive saloon. With the kids in tow it's a family-friendly MPV. Come the weekend it's a hard-as-nails 4x4. No other new car is as many things to as many people – that's why it's our Car of the Year 2005."

Like other years, the What Car? awards 2005 were very hotly contested, with all the category winners short-listed for the grand prize. Land Rover beat outstanding opposition from Volkswagen's Golf GTI, the Mini One convertible, Porsche's 911 3.6 Carrera Coupe, BMW's 525d SE auto, Jaguar's XJ6 and many others to the evening's main award.

Land Rover's managing director, Matthew Taylor, said: "From Mexico to Scotland, the Discovery 3 has picked up many prestigious accolades. The UK is our home market, and What Car? is the voice of the British consumer – it is a great honour to have their endorsement, and with an order book for the Discovery 3 well into March 2005, it seems that we have the vote of the buying public too."

This latest award adds a second What Car? Car of the Year trophy to Land Rover's cabinet, following the Freelander's success in 1998 when it became the first and only 4x4 ever to pick up one of the industry's most coveted awards, until now.