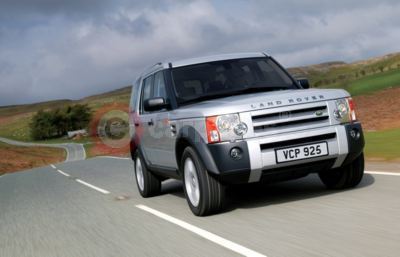 The all-new Land Rover Freelander 2 2.2 TD4 GS fought off opposition from the new Honda CR-V, Toyota RAV4 and Nissan X-Trail in what is one of the most hotly contested sectors to win Best Compact 4x4, while the Discovery 3 TDV6 SE auto beat its rivals again to be named Best Large 4x4 for an impressive third year running.

What Car? group editor, Steve Fowler, said: “Land Rover really has got the 4x4 market sewn up. The new Freelander brings new levels of ability, comfort, refinement and cool to the compact 4x4 segment, just as the Discovery has done in the large 4x4 market. Both are worthy What Car? Award winners.”

Land Rover’s managing director, Phil Popham, said: “We are absolutely delighted to win these prestigious awards from What Car? for both the Freelander 2 and the Discovery 3, off the back of our second successive record sales year.”

Popham continued: “The Freelander 2 is our most fuel-efficient model to date and has been launched to widespread acclaim from both the media and customers - who now offset the carbon dioxide for the first 45,000 miles’ use through our industry leading programme with Climate Care. This award is recognition of Freelander 2’s outstanding breadth of capability and gives us a good start as we look forward to the year ahead.

“Achieving the Best Large 4x4 award for three consecutive years for the
Discovery 3 TDV6 is a testament to its class-leading diesel engine, its versatility and its all-round package.”

The Freelander 2 is on-sale now at Land Rover dealerships throughout the UK, priced from £20,935 to £33,990, including the contribution to offset carbon dioxide emissions. It has already sold nearly 1,500 units in the UK, since going on sale in December.

The biggest selling model in the UK and in Europe is expected to be the TD4 manual with a combined fuel economy figure of 37.7mpg and CO2 emissions of 194g/km.

The Discovery 3 has sold nearly 30,000 units in the UK and 115,000 units globally since launch in 2004, and continues to collect critical accolades the world over with 94 international awards to date.