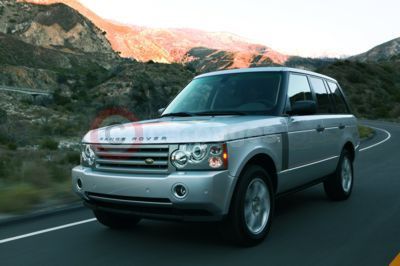 It's official! The Land Rover Discovery 3, Range Rover and Range Rover Sport are the cream of the 4x4 crop. That's according to Planet 4x4 magazine which crowned Land Rover king of off-roaders after it swept the boards at its inaugural awards this month.

The awards were hotly contested by other manufacturers such as Audi, Nissan, Lexus and BMW.

Alan Kidd, editor of Planet 4x4 , said: ' We think this is the most credible test of its kind ever undertaken by a 4x4 magazine, and Land Rover's success can't be underestimated. The Range Rover was always going to be among the favourites, but to sweep the board in such talented company is an extraordinary achievement and a genuine British success story.'

Buyers of 4x4s appear to agree with Planet 4x4's verdict on Land Rovers as well, with sales figures for November showing that the Discovery 3's sales are up nearly 5% on November 2005, and that sales of the Range Rover and Range Rover Sport in the first 11 months of the year were 12% and 66% ahead of the same period last year.