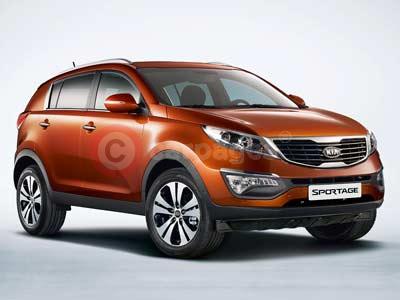 The Kia Sportage has been named Best Crossover by Diesel Car magazine, in the annual car of the Year issue. This is the fifth title won by the Kia Sportage in less than a year.

The all new Kia Sportage was launched July 2010, and has also won award from overseas organisations including the red dot Design award as well as other awards from Korea and the United States.

Diesel Car Editor Ian Robertson said the awards showed that: "there has been a lot of new talent arriving on the motoring scene in the past 12 months despite the difficult market conditions!"

Kia Motors (UK) Ltd., Managing Director, Michael Cole said: "Winning Diesel Car titles is becoming something of a habit for Kia and it is one we hope to continue. Sportage has attracted a huge number of new people to the Kia brand - judging by some of the models that have been traded against it at dealerships up and down the country. I hope that after the launch of our all new Rio later this year with an outstandingly economical and clean three-cylinder 1.1 diesel engine and the knock-out Optima due before the end of 2011 that we shall be picking up more recognition from Ian next year!"